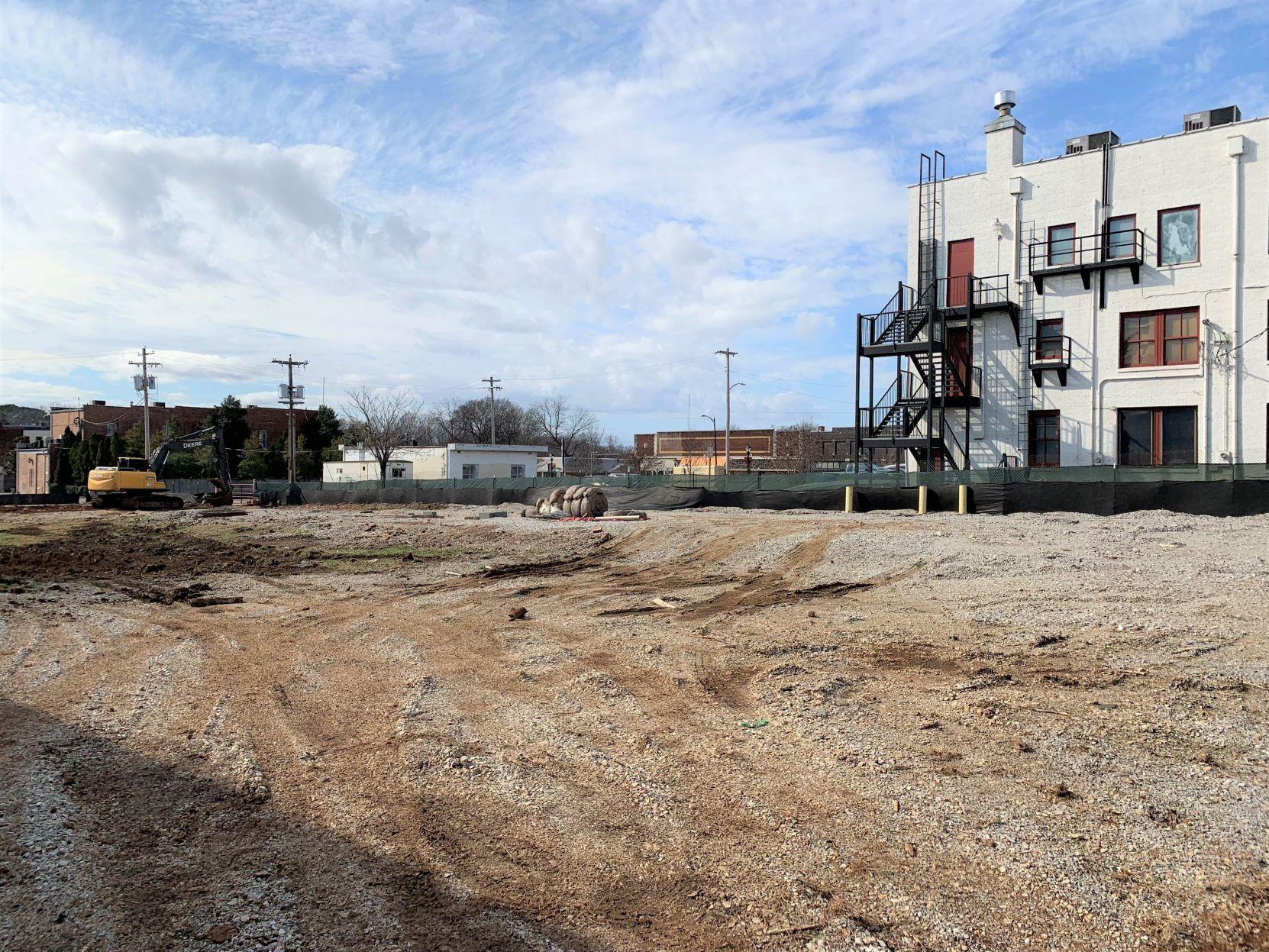 The future site of McGhee Square town homes is seen Wednesday. Construction has not begun on the development behind the Morgan County Archives, but buyers have already reserved most of the homes. [Eric Fleischauer / Decatur Daily]

McGhee Square is almost sold out, with 14 of the 18 planned units reserved, even before construction on the town homes in Old Decatur begins, the developer said.

Yogi Dougher and Steve Armistead are developing the luxury town homes between Walnut and Vine streets in Northeast Decatur on the edge of the city’s historic district and just behind the Morgan County Archives.

The town homes are part of Decatur Rising, a development concept of Stogie Holdings LLC, a Nashville-based residential and commercial development company owned by Dougher and Armistead. The concept focuses on revitalizing urban neighborhoods through renovation and infill site development.

“A lot of people said they would never sell for these prices, but reservations on 14 of 18 is pretty strong,” Lawrence said. “It just shows the demand even though they’ve been slow to start.”

Dougher said potential buyers are gobbling up town homes as quickly as he thought when planning for the development began last year.

“I knew the smaller units would sell well and investors grabbed them up,” Dougher said. “Investors know that Decatur is seeing some serious growth.”

Most of the available units are the larger three-bedroom units that are listed at $399,000.

Dougher said he doesn’t know how potential investors plan to use the town homes they buy. He said he’s bought properties like this prior to construction.

“If you buy something and it takes a year to build, that’s a year of appreciation and then you can sell for the long-term capital gains income,” Dougher said.

Dougher and Armistead also own 609 Sixth Avenue where they announced last week plans for 609 Market, an urban market featuring fresh vegetables, meats and pastries along with a restaurant, pizza oven and bar.

The market is so close to McGhee Square that the announcement spurred even more interest in the town homes, Dougher said.

The site work on the town homes is done, but construction likely won’t start until the weather starts to warm up in late February or early March, Dougher said.