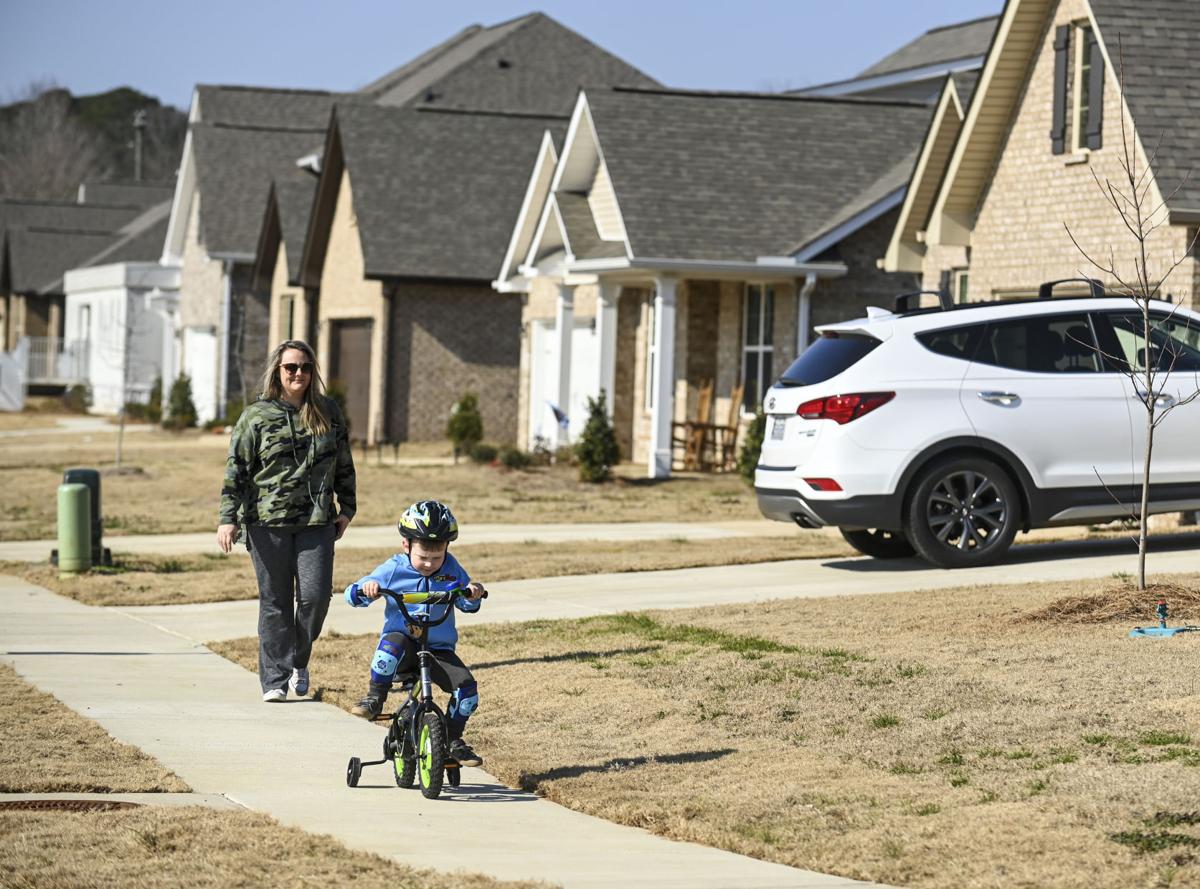 Meagan McGuire walks as her son, Henry, rides his bicycle along McLellan Way in the River Road Estates on Tuesday. They’re originally from Tennessee and moved into their home in the new subdivision this month. [JERONIMO NISA/DECATUR DAILY]

Decatur is one of the nation’s top housing markets based on real estate market data and economic health, according to a Wall Street Journal/Realtor.com ranking released this week.

The Decatur metro area is ranked No. 37 in the Emerging Housing Markets Index for winter 2022, which is actually down from No. 15 in the fall ranking. Metro Huntsville, which ranks No. 8 for the winter, is the only area in Alabama ranked higher.

The index “identifies the top metro areas for home buyers seeking an appreciating housing market and appealing lifestyle amenities,” according to the Journal. Realtor.com says the index shows areas that are good for purchasing “a home for homeowners and investors alike.”

Yogi Dougher, who is building McGhee Square Town Homes between Vine and Walnut streets in Old Decatur with partner Steve Armistead, said the ranking “is good news for Decatur.” He said it shows why he and Armistead, a Decatur native, chose to come from Nashville and build in Decatur.

“Decatur checks both of the boxes (of appreciating housing market and appealing lifestyle amenities),” Dougher said.